Child Molestation crimes oftentimes involve allegations of an adult making illegal sexual contact (an immoral or indecent act) with a child. It is true, however, that an act of child molestation can occur with no physical contact whatsoever. And, in these cases, the punishments remain the same.  ...

Fines and Fees: The True Cost of Fines When Convicted a Drug Crime in Coweta Superior Court

Do I Get Credit for My Time Served? 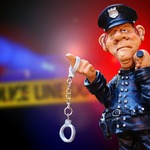 Bond Conditions in Child Molestation and other Sex Cases

Can I get a bond in a child molestation case? Yes! But, you should expect conditions of that bond.  The first question we always get when we are hired on a case is "what about a bond?" It is the natural first question and sets the tone for the rest of the case. Everything is easier when the clie...

What Happens When the Cop Doesn't Read Me My RIghts?

All arrests are hectic. Whether it is for simple marijuana possession or murder, arrests are hectic. There are oftentimes cops everywhere, flashing blue lights, it may be early in the morning or late and night, and there is simply a lot going on. During this period of time, the cops usually read ...

Changes to Georgia Sexual Exploitation Laws Long story short - for quite some time Georgia prosecutors have charged people charged with sexual exploitation of children with numerous counts by stacking the charges. This allows for lengthy prison sentences after trial, like Peter Mallory's 1000...

A drug bust in Carrollton, Georgia this weekend led to the arrest of fifteen people. The charges for range from Possession of a Schedule II drug to Trafficking Methamphetamine (Check out Youtube for More on Drug Trafficking). Many of them are charged with conspiracy to traffic methamphetamine. At...

Kemp v. Keisha! What is the Latest?

By now I'm sure you have heard that Brian Kemp is suing Mayor Bottoms in response to her mask mandate in the city of Atlanta. Governor Kemp has also asked for the Court to order Mayor Bottoms to keep quiet about the lawsuit.  The hearing was scheduled for its hearing today at 11:00 am in front o...

No driver of any motor vehicle shall operate the vehicle upon the public streets, highways, public or private driveways, airport runways, or parking lots in such a manner as to create a danger to persons or property by intentionally and unnecessarily causing the vehicle to move in a zigzag or circular course or to gyrate or spin around, except to avoid a collision or injury or damage.

Dispelling Rumors. Is it Illegal to Wear a Mask to Protect myself from COVID-19 in Georgia? 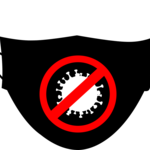 This is good news for those trying to shop at Kroger with a mask on. As long as you aren't doing it for something like hiding your face while you scare someone away from the last can of great northern beans on aisle three, you should be ok

What Happens When Cops Forget to Read me My RIghts? 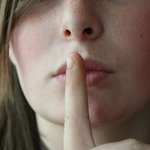 If the cops didn't read you your rights, then the statements may be suppressed in court.

Background My favorite experience in law school was serving as an extern at the Georgia Innocence Project.  In 1977 an all-white Muscogee County jury convicted Johnny Lee Gates of the rape and murder of a 19-year-old white female. He was sentenced to death. During a 2002 hearing related to wh... 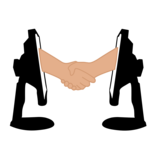 Our firm is prepared for times just like these. We offer video conferencing/consultations. Even before this virus, we maintained the capability to operate our entire onboarding process electronically. Other than the fact I am typing this from my house instead of my office we can continue to offer our services. 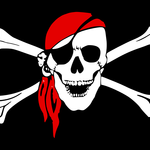 House Bill 954 is a proposed law that would make stealing someone's package from their porch a felony. Stealing a package would be treated as a felony no matter if the package contained a fifty-cent pack of paperclips or a piece of jewelry worth hundreds of thousands of dollars. As a felony, the porch piracy law would permit prosecutors to seek up to five years in prison for a violation of the law.

I Was Arrested but was acting in Self-Defense. What can I do? 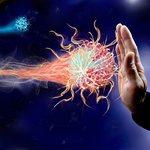 "Your bad night turns worse when the officer decides to arrest you..." There are specific laws in Georgia that set forth certain scenarios in which a person is immune from prosecution.

The Dangers of Social Media 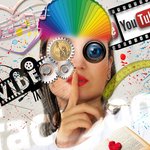 I have seen prosecutors use all kinds of information gathered from social media against folks in court. Facebook message threads (talking about buying drugs), Instagram pictures (of drugs and marijuana), Snapchat videos (of alleged gang activity), TikTok videos showing alleged gang sings are all just a few examples of things that can be used against someone in court.

How to Obtain DFCS Records in Criminal Cases in Georgia 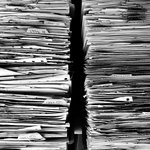 In criminal cases involving child witneses and victims, it is sometimes necessary to try and obtain DFCS records.

Getting a Speedy Trial in Georgia 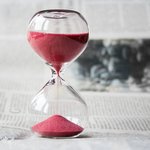 How Can I be Prosecuted if the State has No Evidence?

Different Ways for Arrest to Occur Warrantless Arrest - Under certain situations cops can make arrests without a warrant. They are allowed to make arrests if an alleged offense is committed in the officer's presence or within the officers' immediate knowledge, or if the alleged offender is trying to escape, or if the officer believes that an act of family violence occurred, or "for other cause there is likely to be failure of justice of want of a judicial officer to issue a warrant. So, the sad reality is that cops can essentially arrest anyone, at any time, for anything without a warrant if they are willing to sign their name to an affidavit saying it happened. Warrant for Arrest - A lot of times officers do get a warrant for someone's arrest. This happens when an officer goes to a judge and explains to them their side of the story as to what happened (of course we don't get to go and present our side). Once that arrest warrant is issued the warrant will be placed into a system maintained by the GBI and eventually you will be arrested on that warrant. Grand Jury Indicts - Sometimes, often in serious cases, there will be no warrant issued until a grand jury considers a case. More on grand juries here. When a grand jury finds probable cause, and they almost always do because, once again, we can't go and present our side of the story. A judge will sign an arrest order that orders you be arrested.

Can a 14 year old in Georgia Elect Which Parent to Live With? 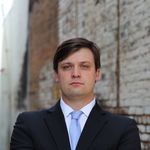 Generally, yes. The election can be challenged in some circumstances though. 14 Year Olds can Choose. But, It is Only Presumptive.  When a child turns fourteen they may elect which they would like to live with. This decision by the child, however, is only presumptive. Presumptive means that the...

Why Do Some Cases Need to Be Tried?

Trial? Many folks, lawyers and the accused alike, are terrified of the T word - trial. But, some cases simply need to be tried. The criminal process is complicated, but it can be boiled down to a simple process. First, charges are filed. After that, there are essentially three options. 1) The ca... 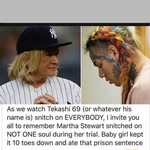 Tekashi 6ix9ine,  whose real name Daniel Hernandez,  rose to fame in 2017 after releasing "Gummo." He quickly found fame and money.  He then found himself the subject of state prosecutions and eventually a federal prosecution. He was accused of being a gangsta, then he renounced his gang affiliat...

Classifying Your Encounters with Police 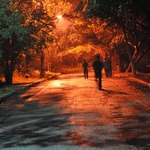 Georgia recognizes three tiers of encounters between cops and civilian people. 1) Consensual Encounters; 2) Investigatory Stops; and 3) Arrests. As you step up the tiers the burden on the government increases to justify the encounter.