Local law enforcement attempted to prosecute a man for peacefully protesting. The prosecutors bowed to the cops and accused this person of a crime. We took an aggressive stance and filed motions asserting our client's rights under the First Amendment to Peacefully Protest.

After the motions were filed and we announced we were ready to litigate the issues. The prosecutors came to their senses and dismissed the charges. 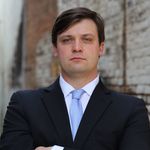