A man was violently attacked by four dirty cops. The cops all covered up the actions by failing to activate their body-worn cameras. Additionally, the officers charged the man with obstruction and with attempting to take their weapons.

The client was brave and proceeded to trial, eager to prove his innocence. The jury deliberated a few short minutes before returning a true verdict of Not Guilty. 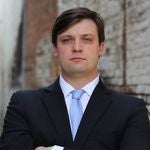